Sixty-one-year-old Richie Cotton wears many hats. He’s an ex-butcher, a part-time actor, a father, a husband and children’s book author.

Seven years ago, after his job was restructured, Richie was inspired by his toddler son, Billy, and decided to turn his hand to writing books for kids. Each of his books features 23 little rhymes and is illustrated by his wife, Rhonda.

Several years years later, the couple has produced two books and had 10,000 copies published which have been sold to 500 schools. The books are called Giggly Times and Giggly Rhymes volumes one and two. Richie has also been a guest speaker at 20 Probus clubs so far and has another 50 speaking spots lined up for this year.

“I write like a kid,” says Richie of his success. “There’s a golden rule to kids’ books: you need to think, behave and write what they understand. Kids don’t have a great attention span, so I make 23 different little stories and it exercises their imagination.”

“Poetry went away for a while, but it’s back in the school curriculum now. It’s music without instruments. Stories are easy to understand if they rhyme.”

Now, Richie and Rhonda are looking to go digital and, in the future, their publications will be available to download from their website for $5, complete with videos of each book. However, Richie still thinks physical books will always have a place on kids’ bookshelves.

“Books will never die for kids because when they read, they’re interacting with their parents or grandparents and it becomes really personal,” he says.

Recent Posts
Other Reviews / Press
You can also find us on:
Cart
Business Information
Copyright All Rights Reserved © 2015
Contact Us

We're not around right now. But you can send us an email and we'll get back to you, asap. 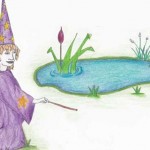 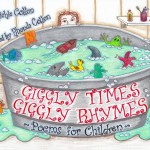